The permanent exhibition of the archaeological museum of Eretria houses findings from the early Bronze age till Roman times giving an idea of the lifestyle and the civilization that was developed in the broader area of Eretria. The design of the new exhibition was based on the exhibits and their previous sorting.  Informational material was placed mainly on the back of the showcases which were covered by a metallic supporting grid that should not be removed.  A slightly rigid surface covered with a printed surface was chosen to “dress” the back of the showcases to transform it into the proper background for the exhibits.  All information regarding the exhibits were installed in the right spots of the showcases after careful preparation. As a result, none of the exhibits hindered the view of the information labels. Moreover, the labels were on spot color background featuring their details. A general explanatory text and the timeline of the exhibition were placed on a triangular-shaped construction at the entrance of the museum. 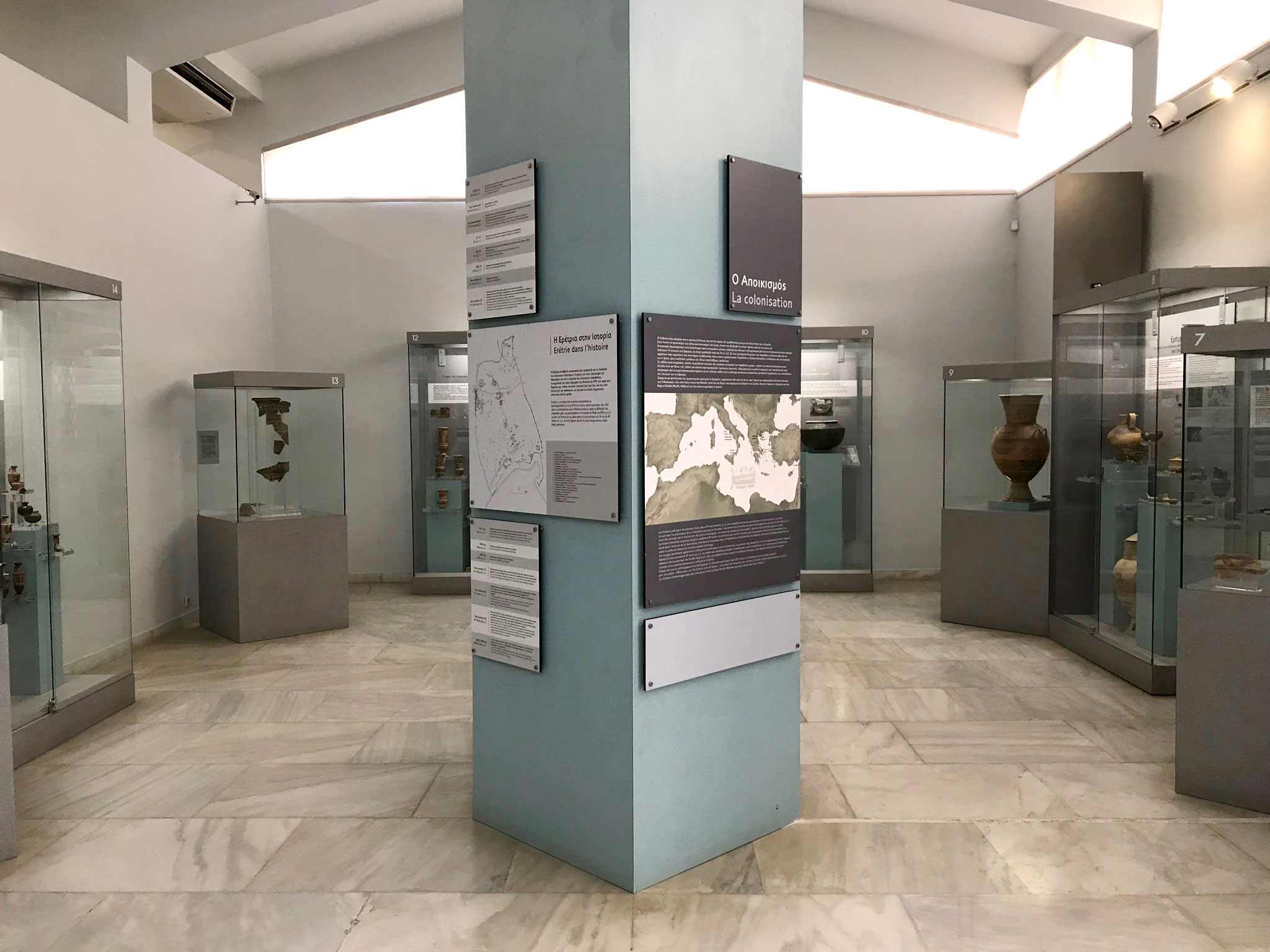 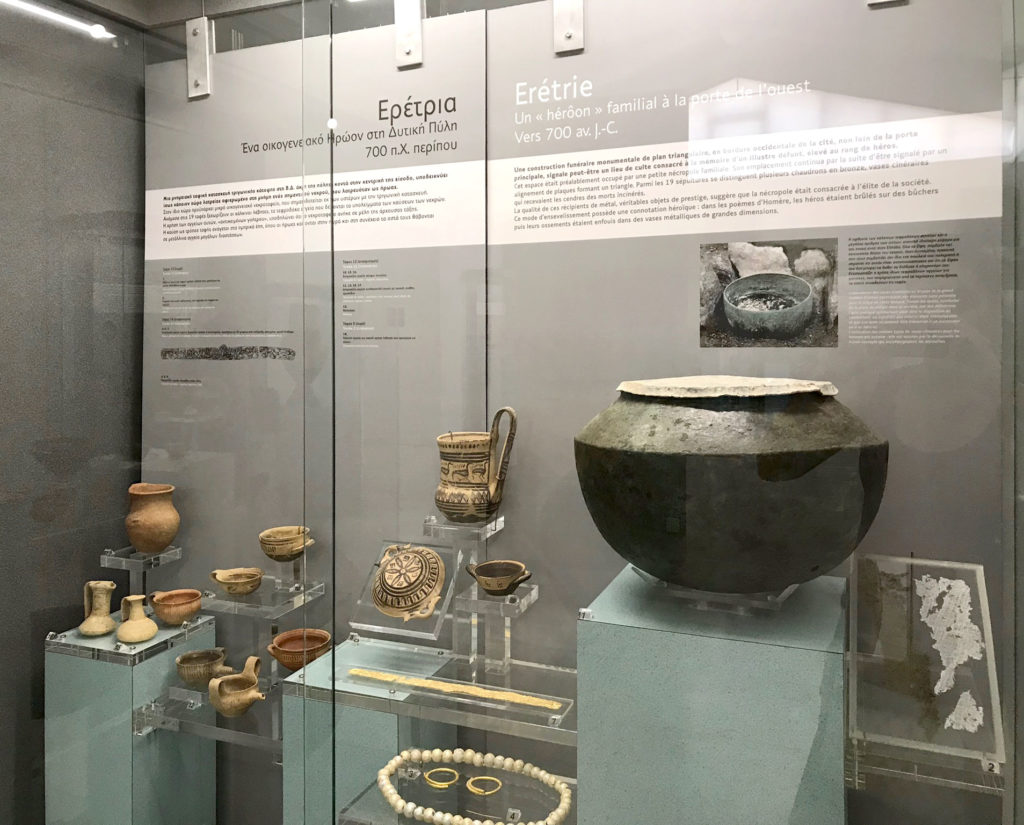 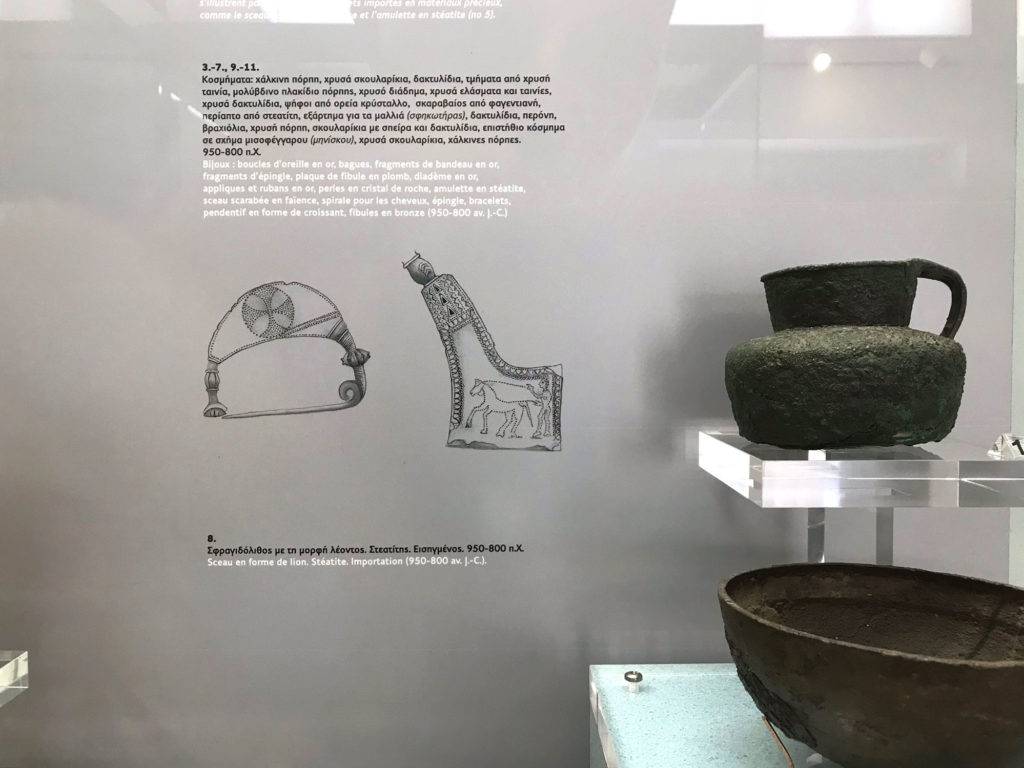 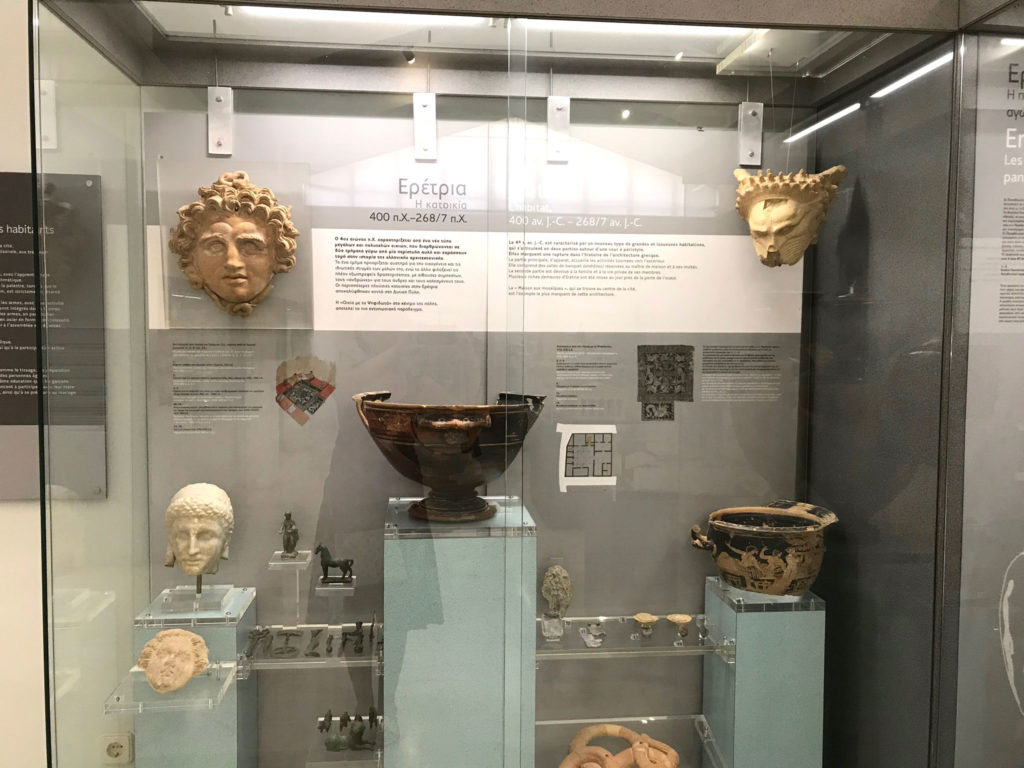 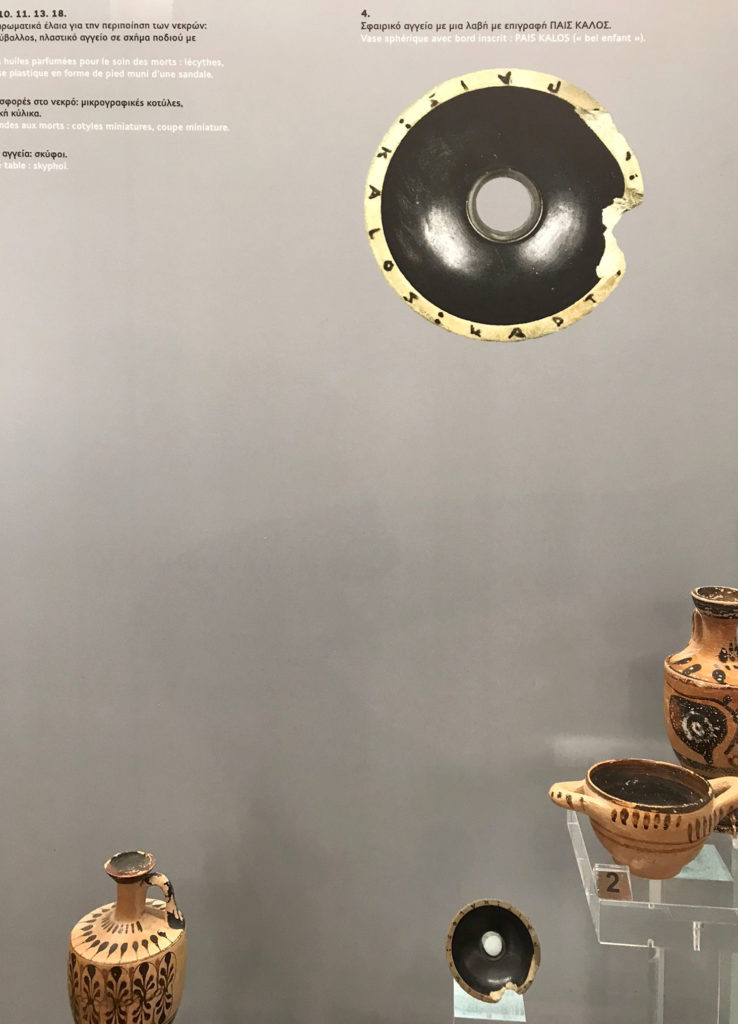 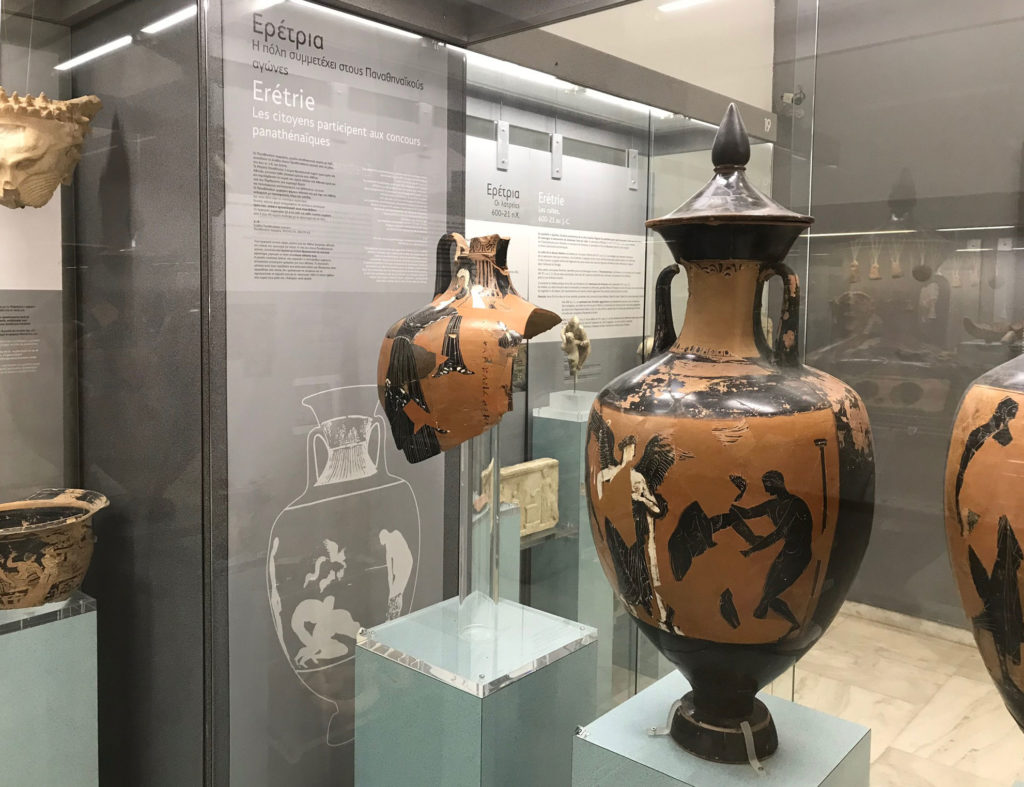 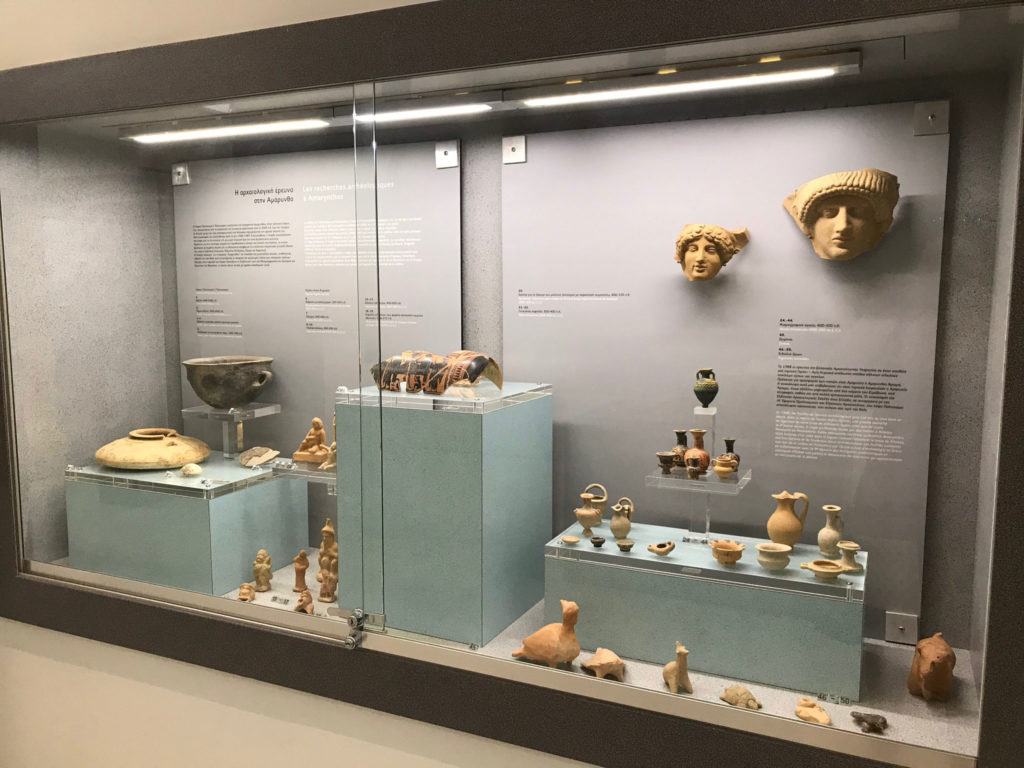 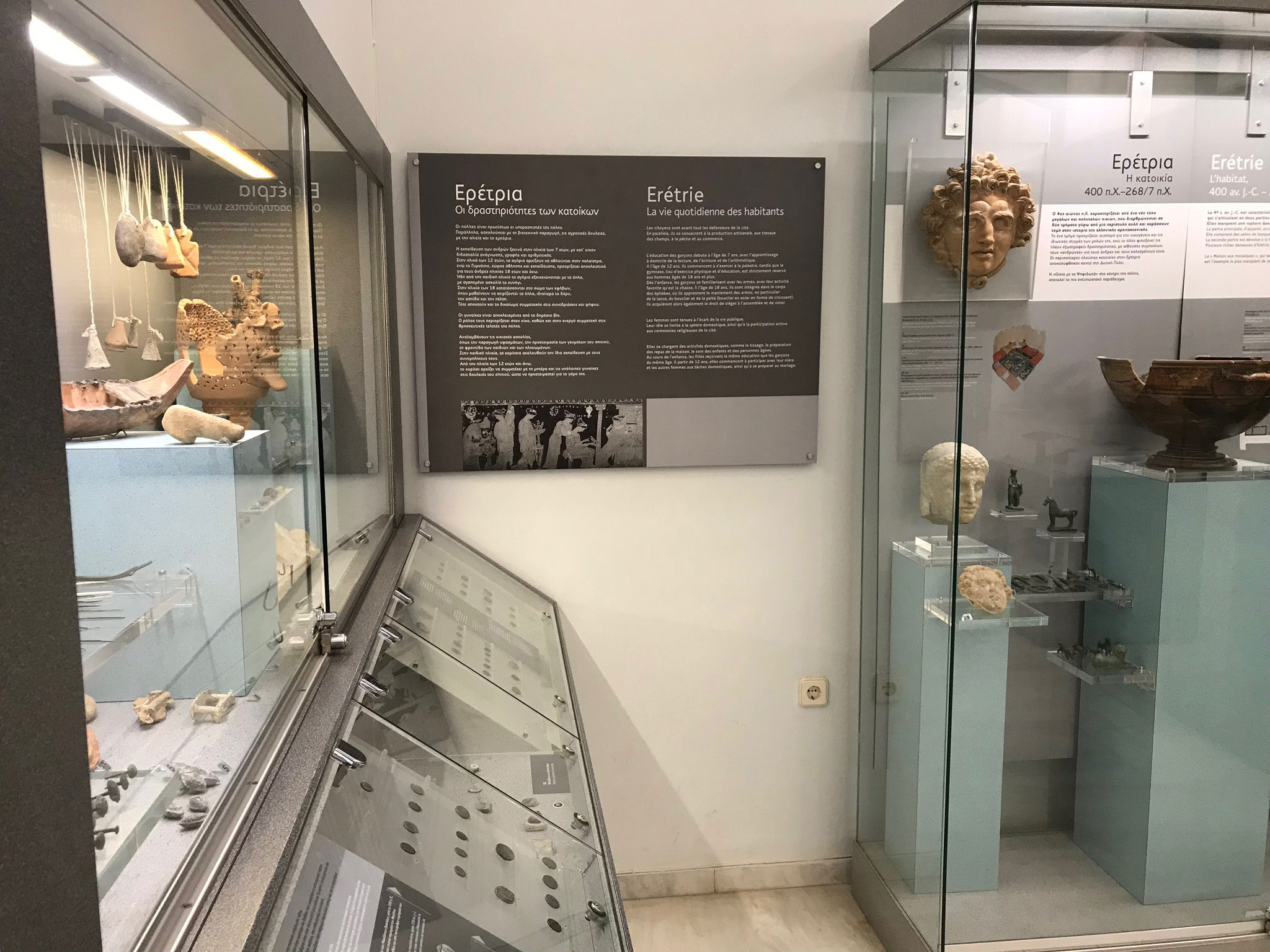 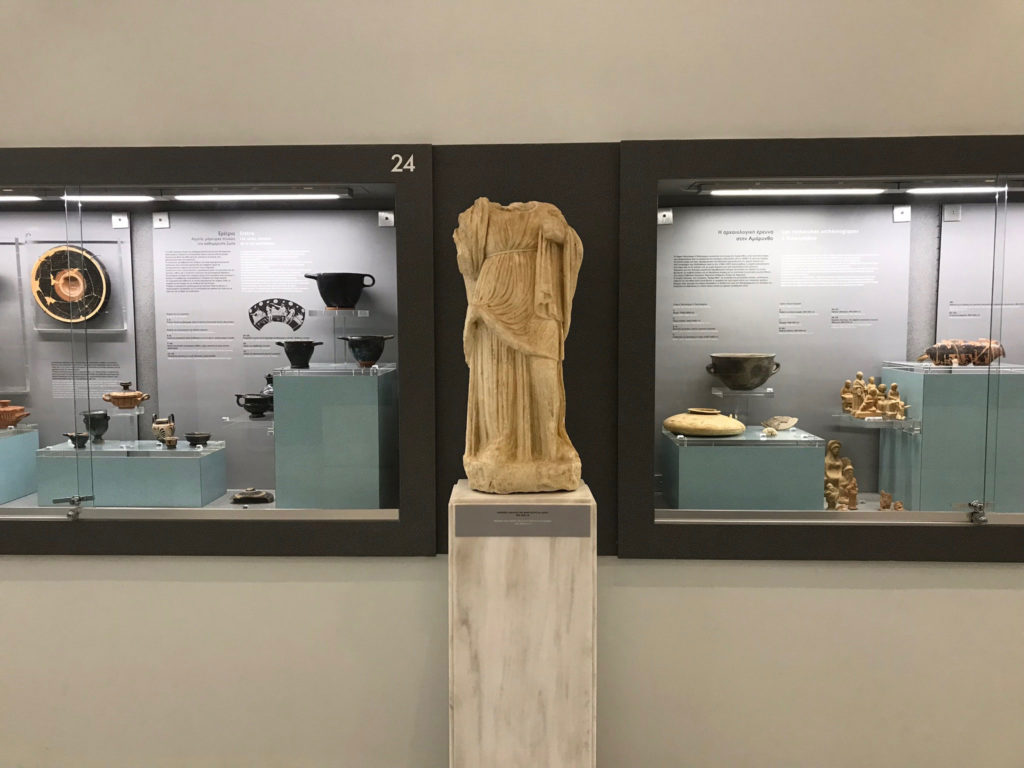 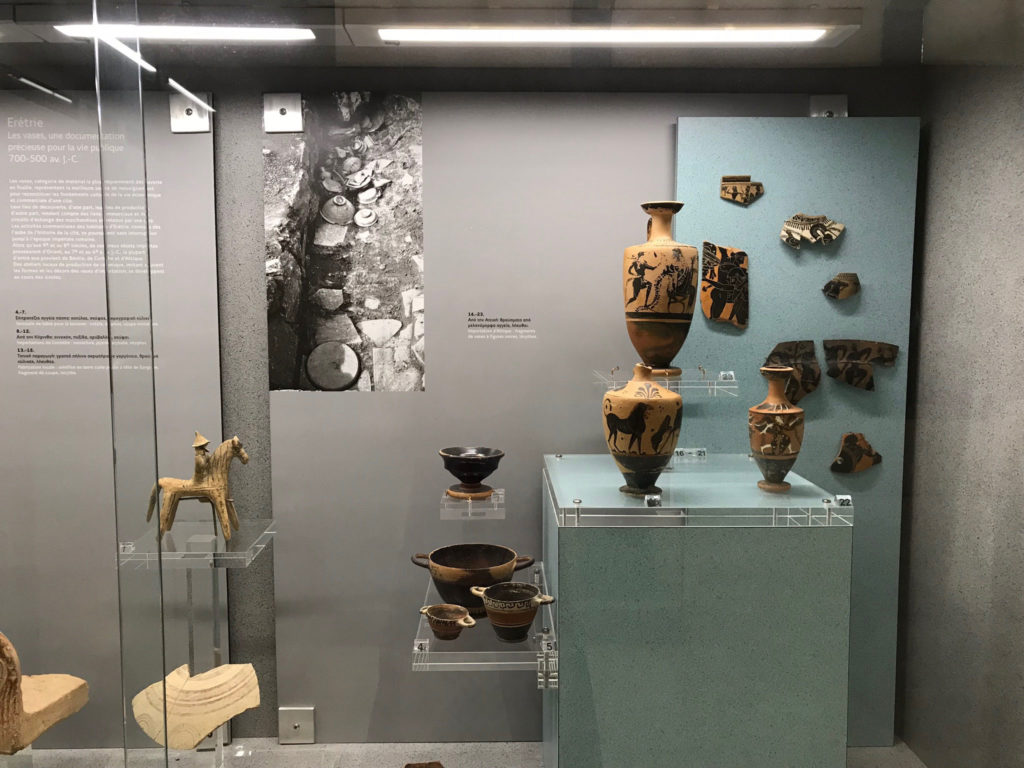 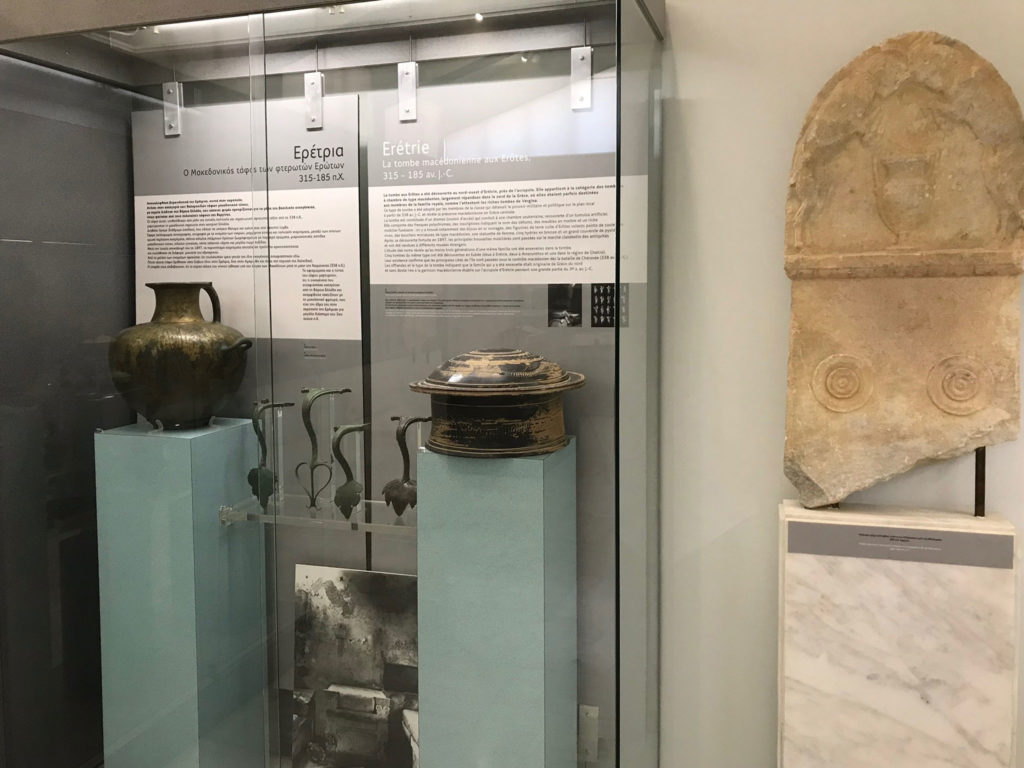 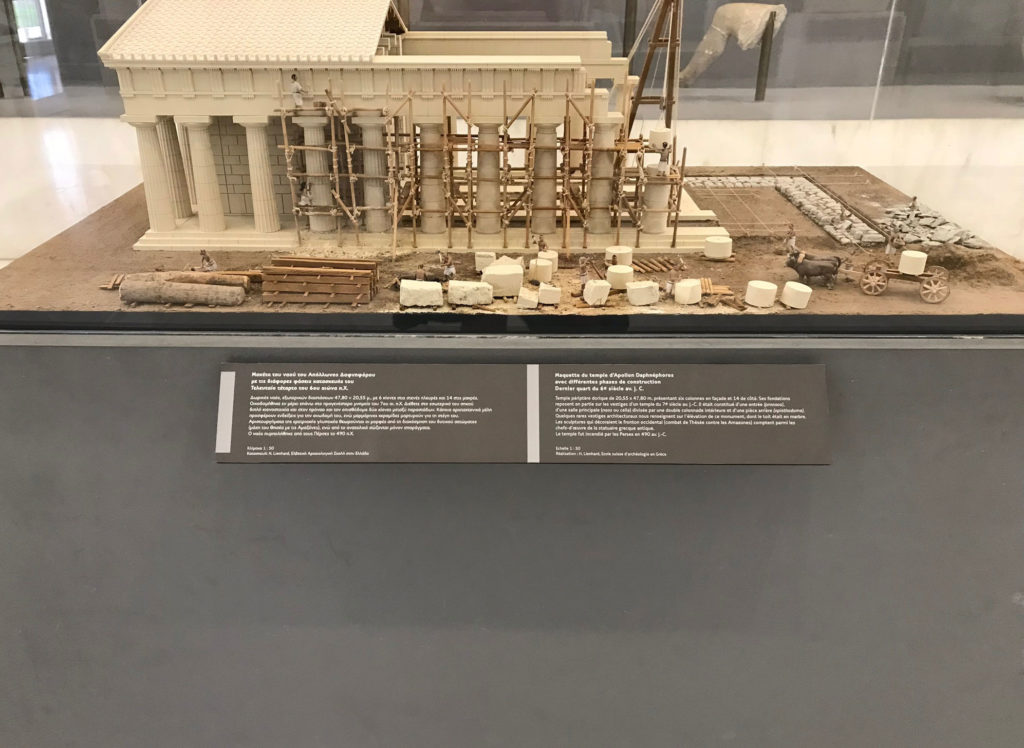 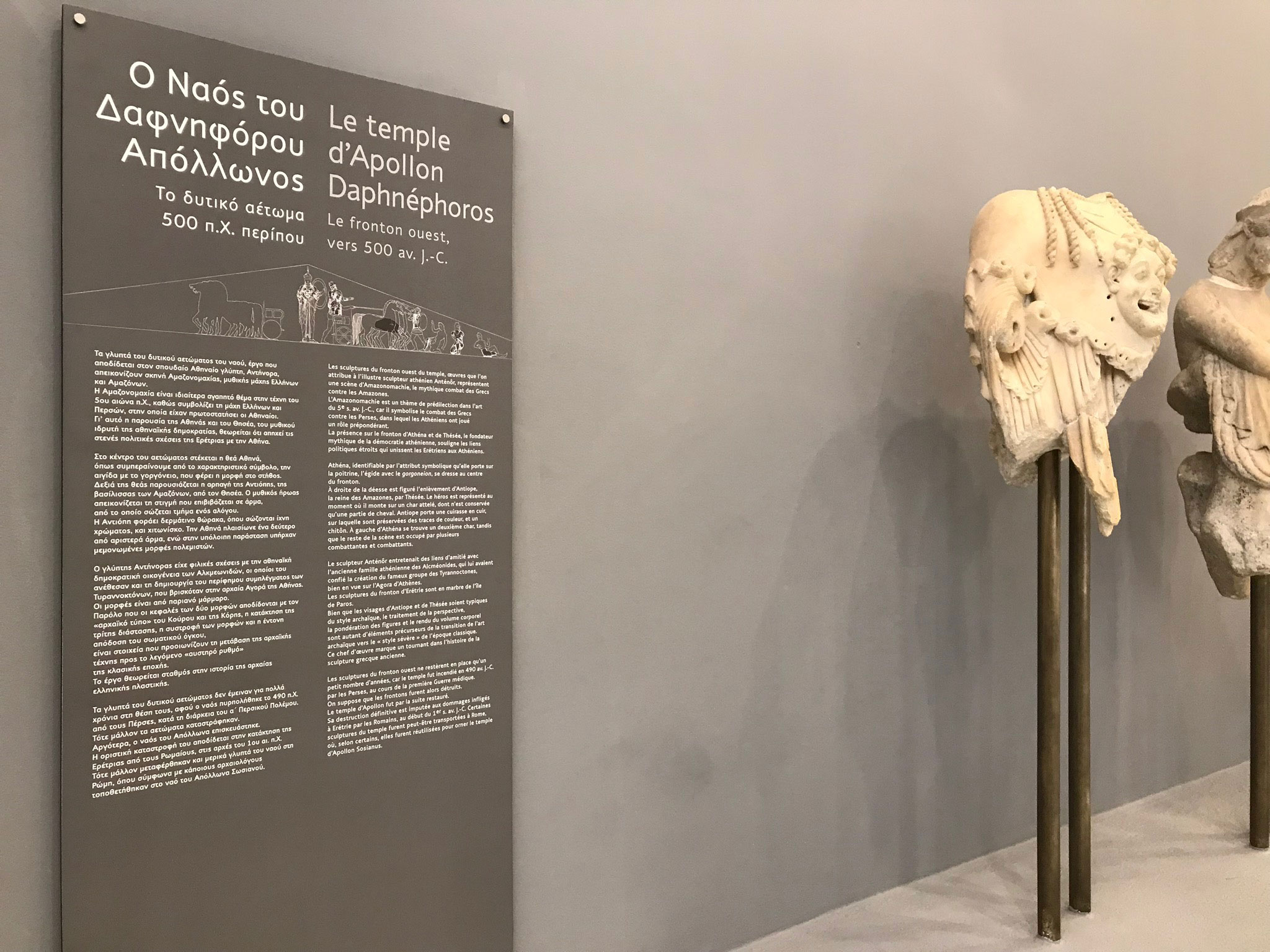 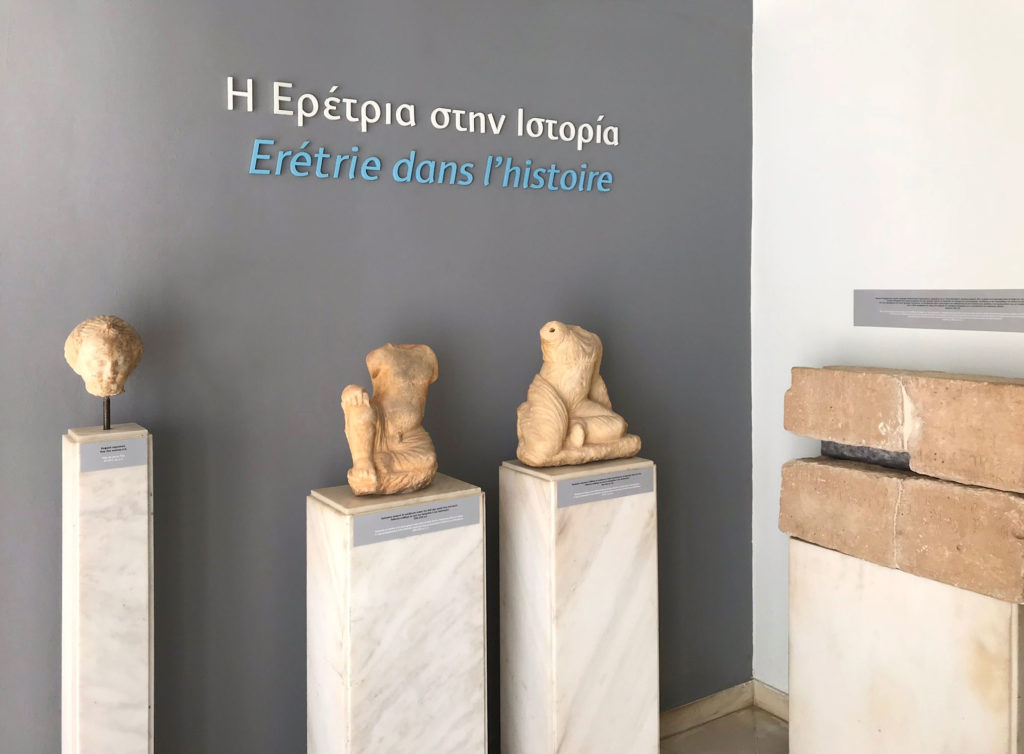 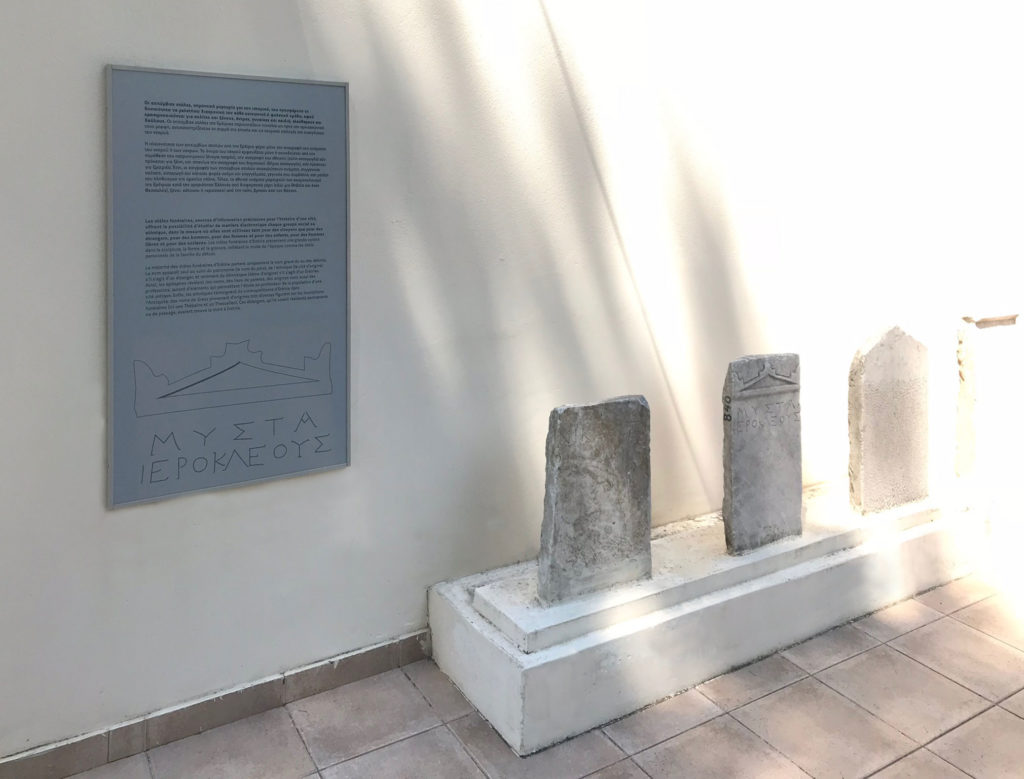 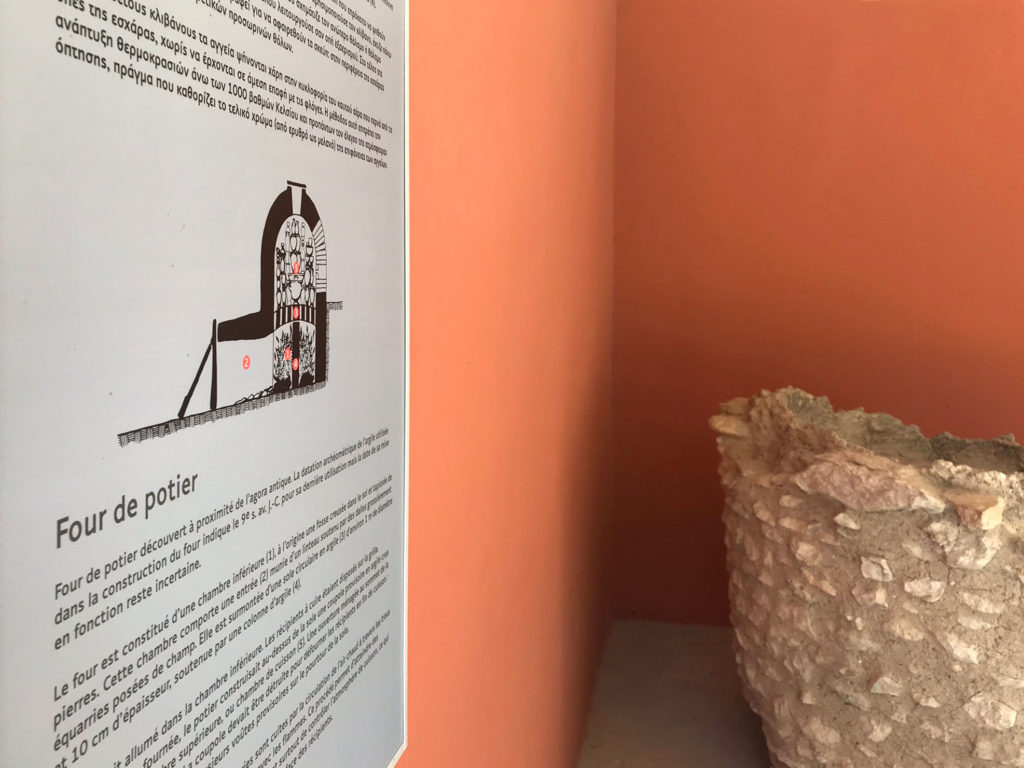 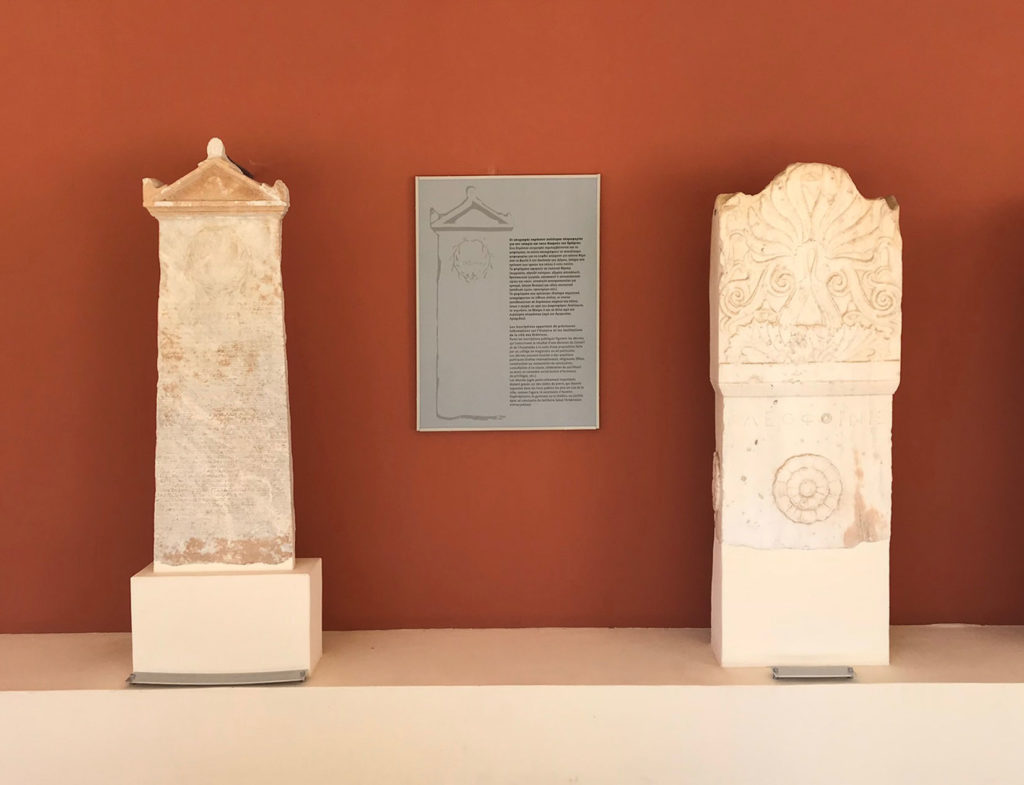 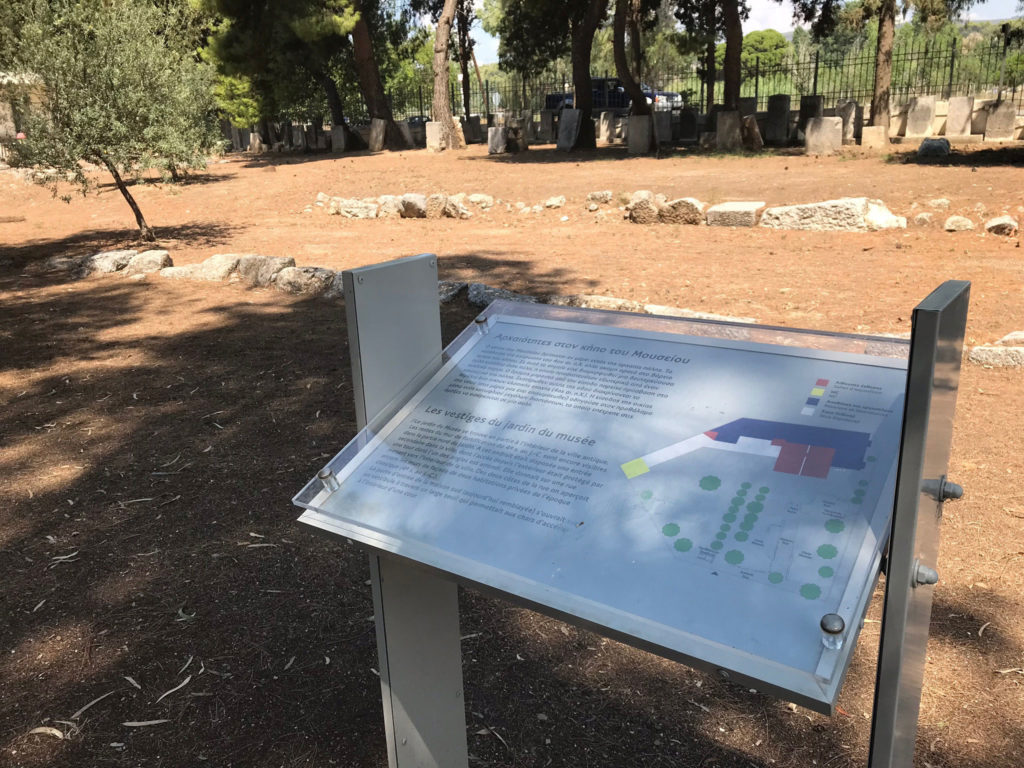