The city’s new archaeological museum is housed in the old distillery of ‘Arethousa S.A.’, an industrial building from the early 20th century. With the completion of the exhibition, various objects of different historical eras of Euboea and Skyros islands will be housed. The first part of the exhibition, that is already completed, shows general information for the inhabitants of the Euboea island from antiquity, their commercial activities, their colonies’ foundations as well as information for the industrial building itself. The design of multimedia applications regarding the distillery building unity aimed to match the aesthetic of the era and its industrial output. For the colonization unity, an MDF ship-shaped sign-showcase was designed with a map of the colonies and relative information on it. Colors were used in harmony with the colors of the building. 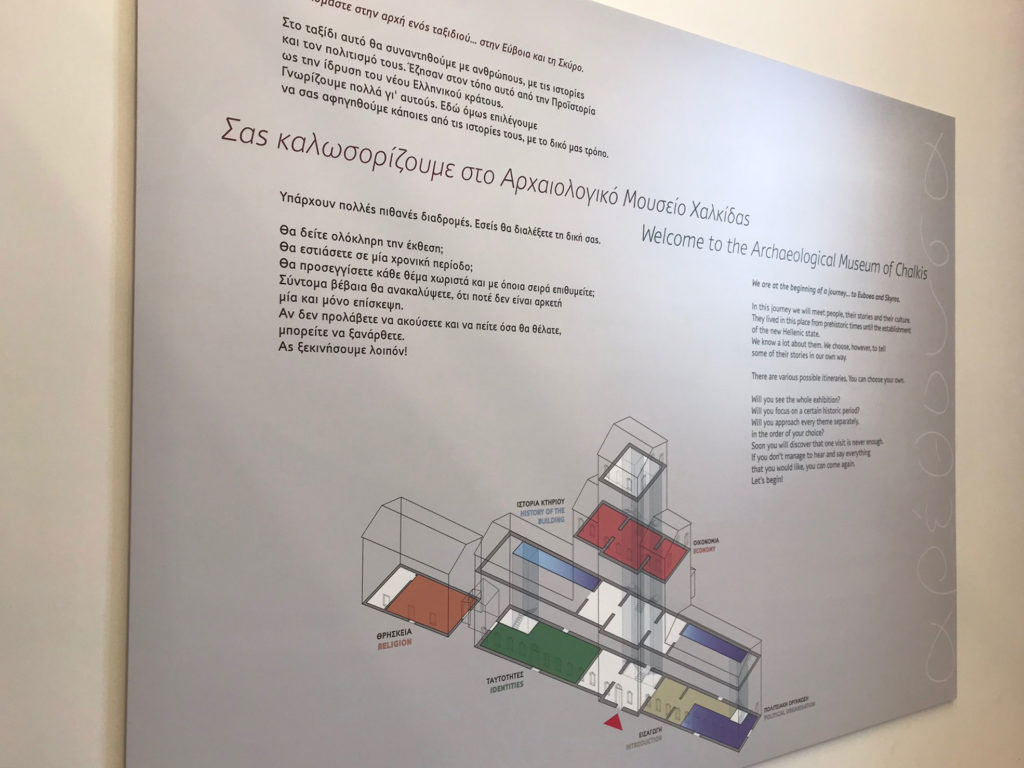 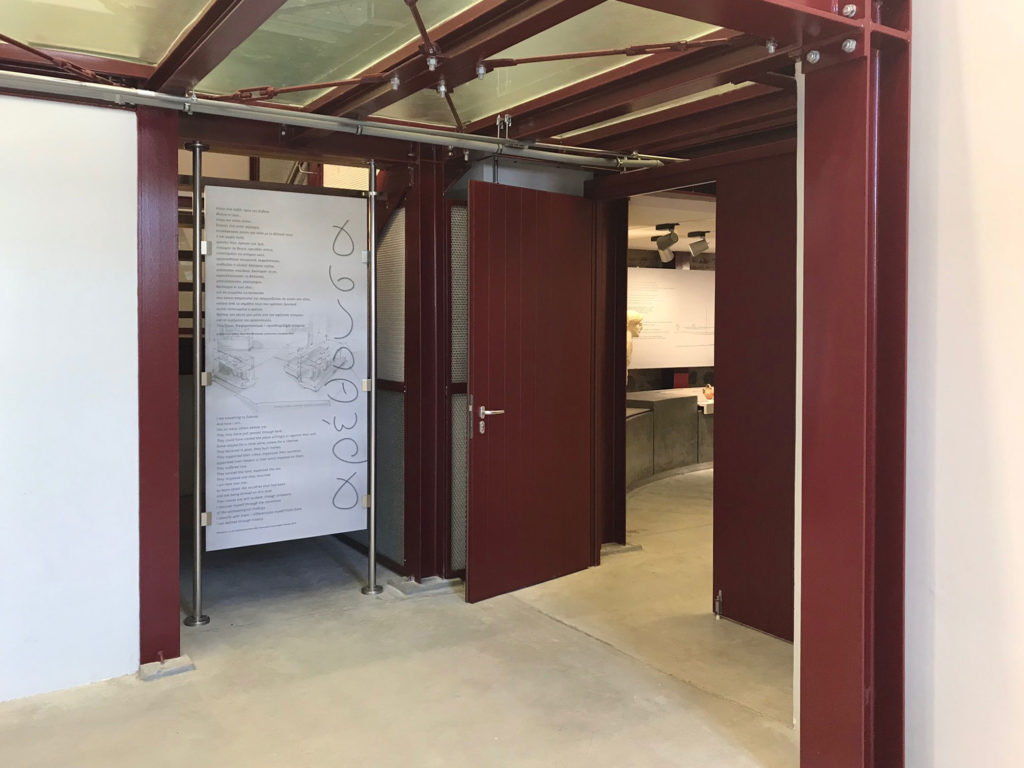 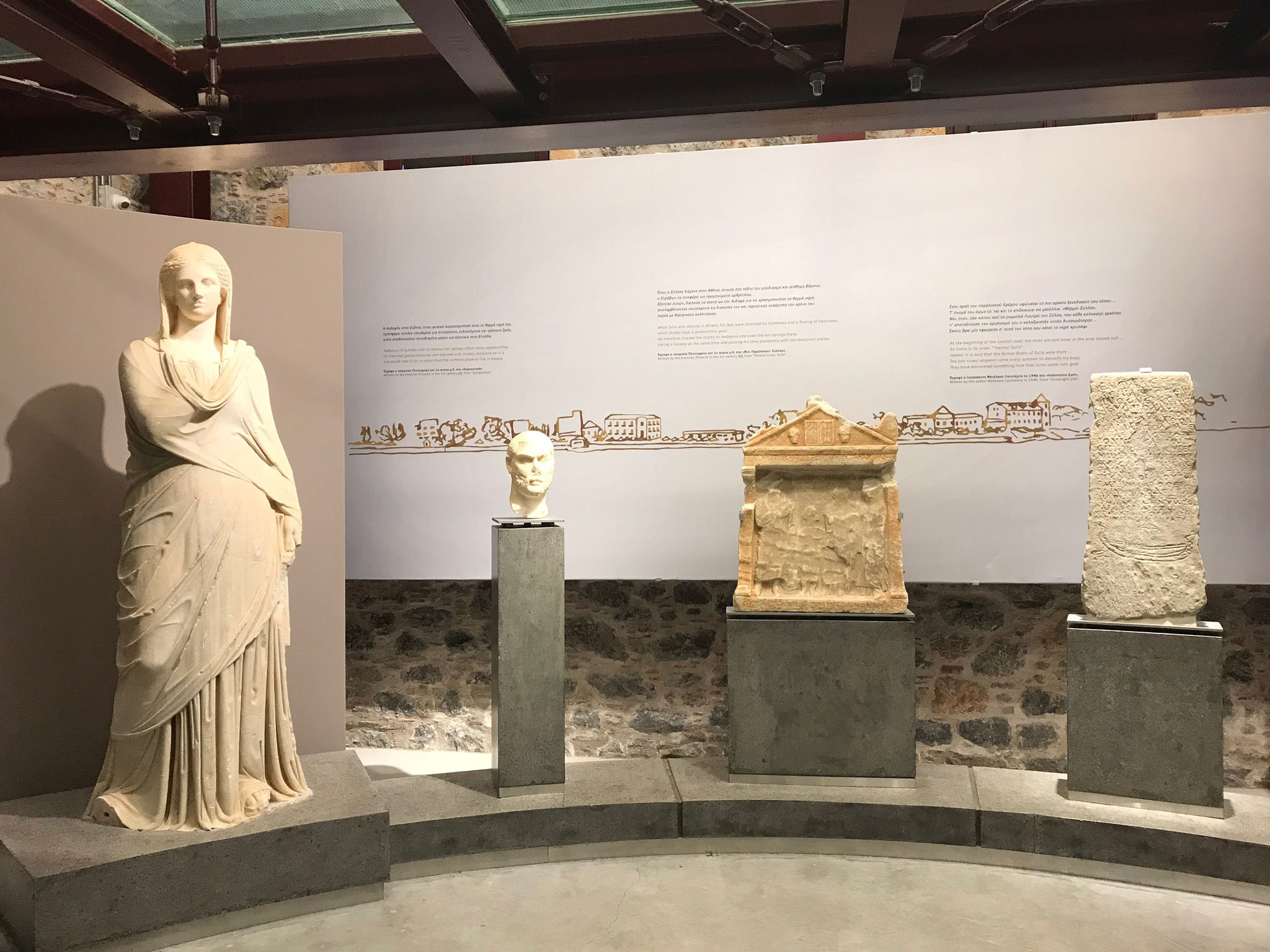 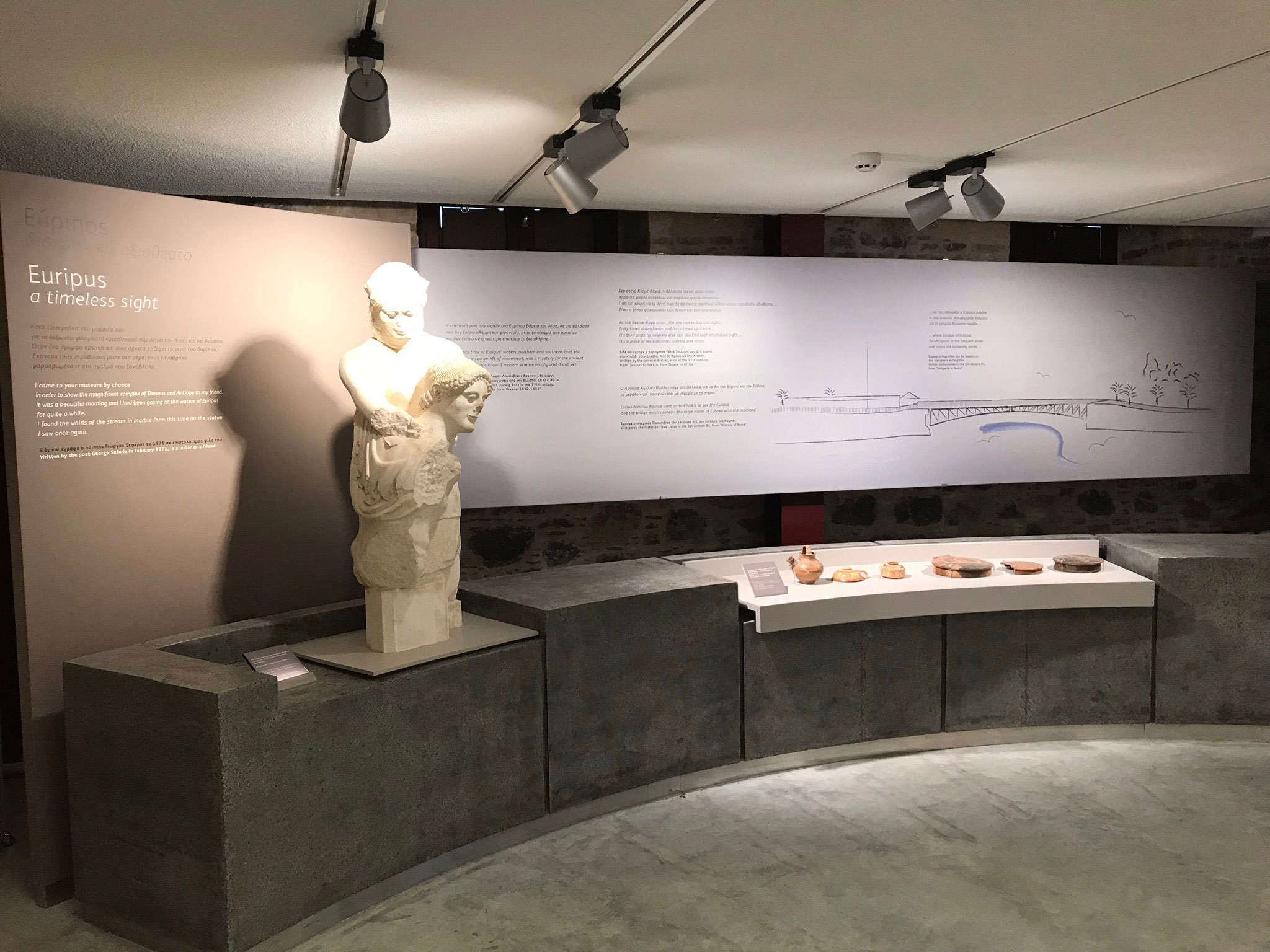 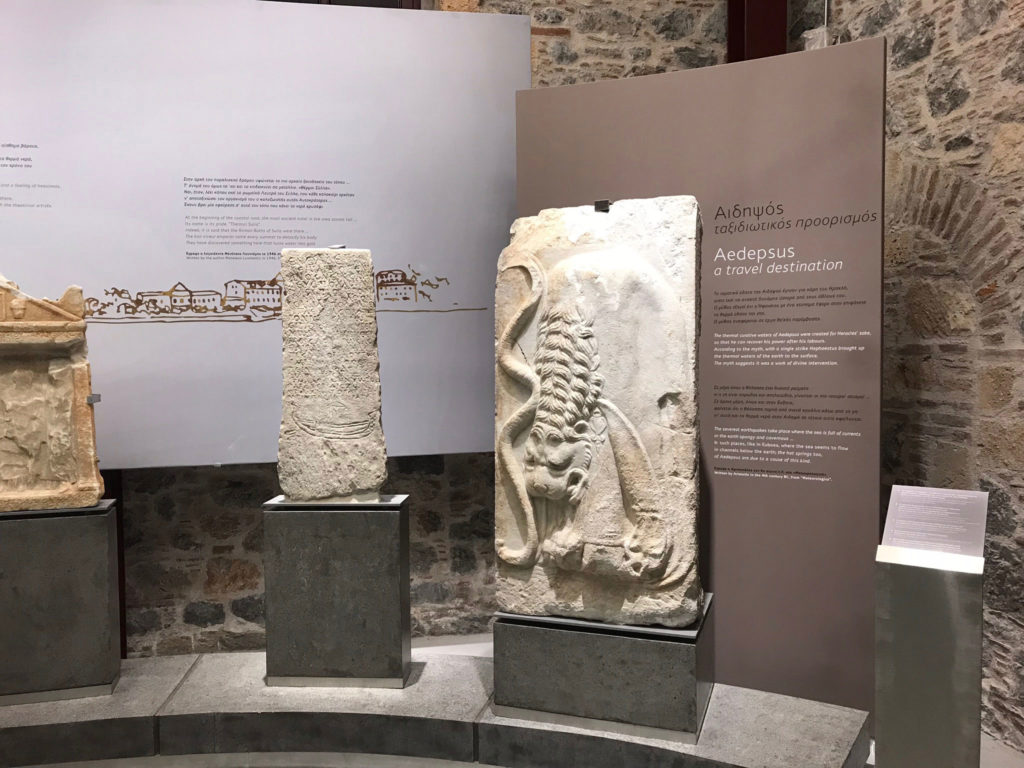 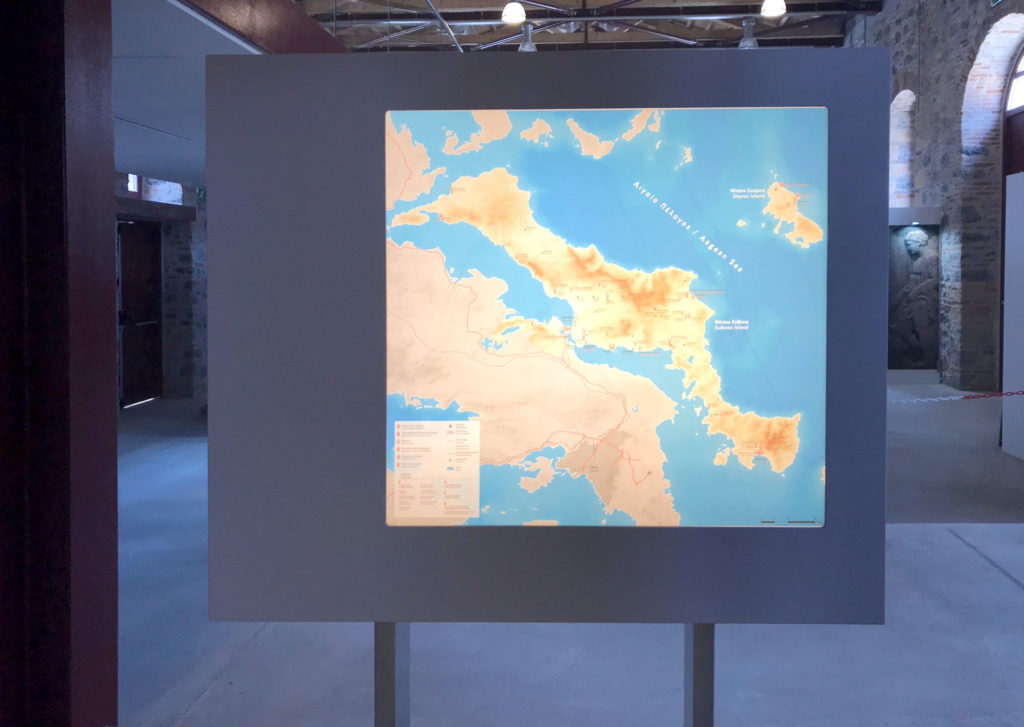 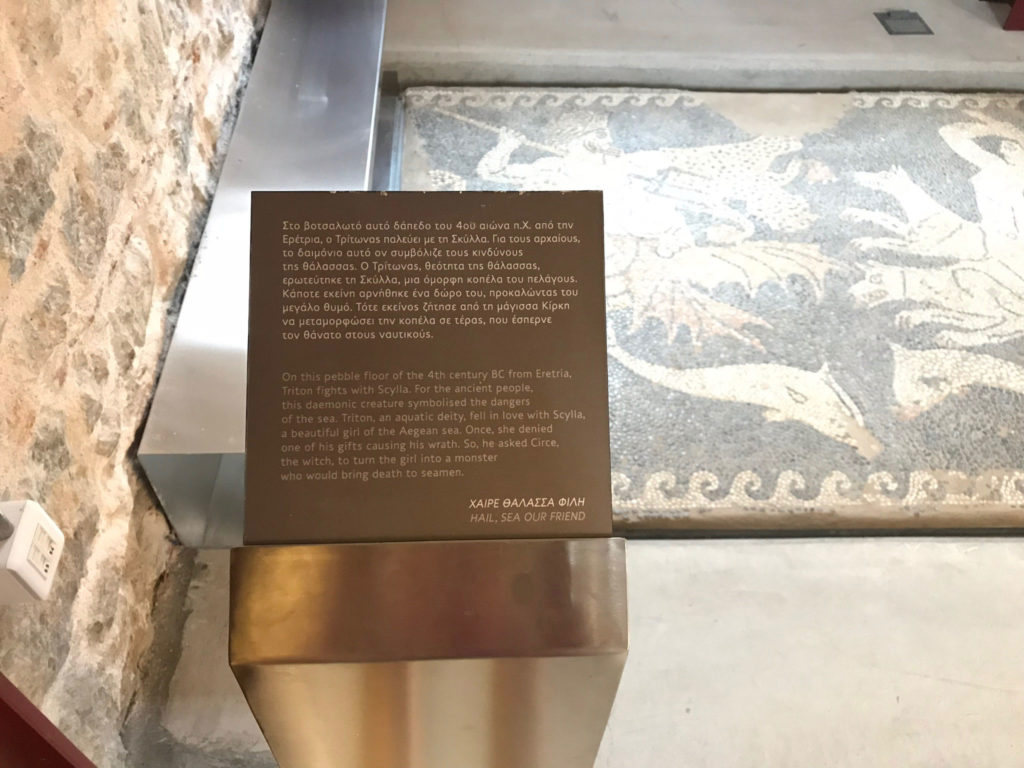 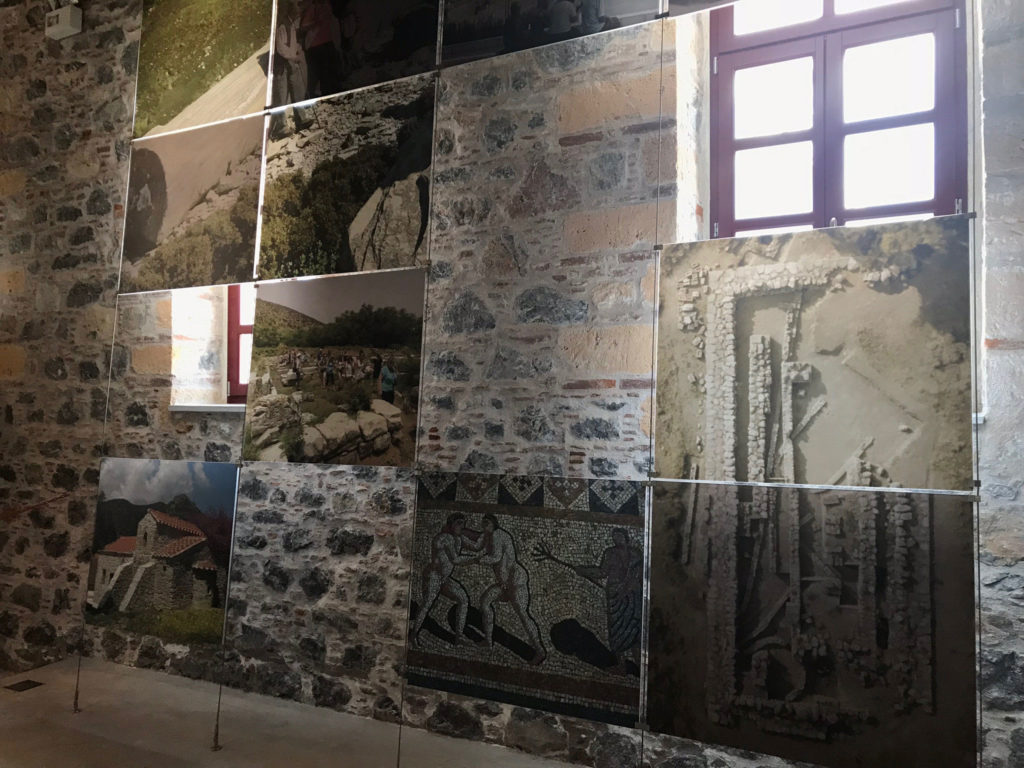 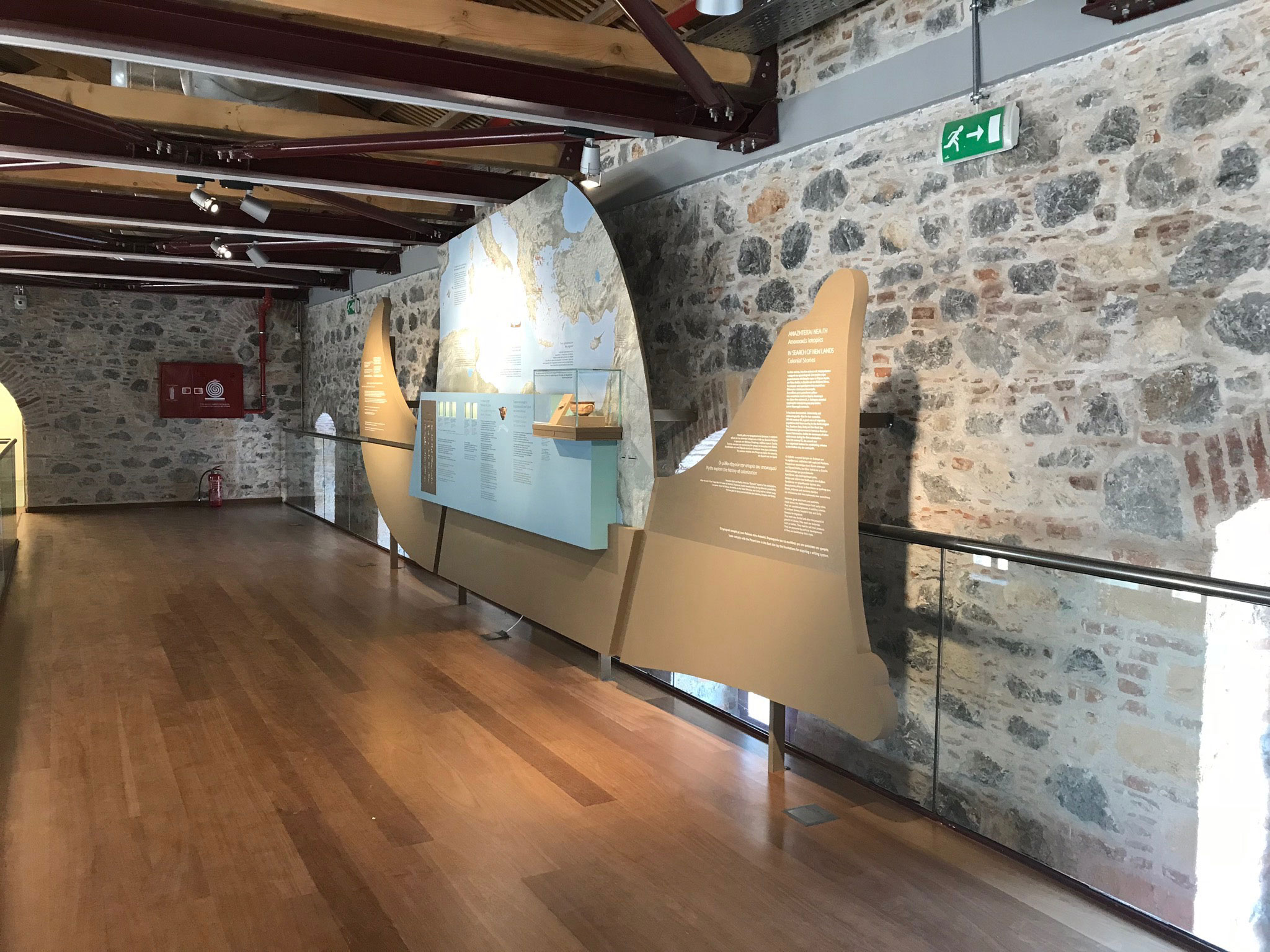 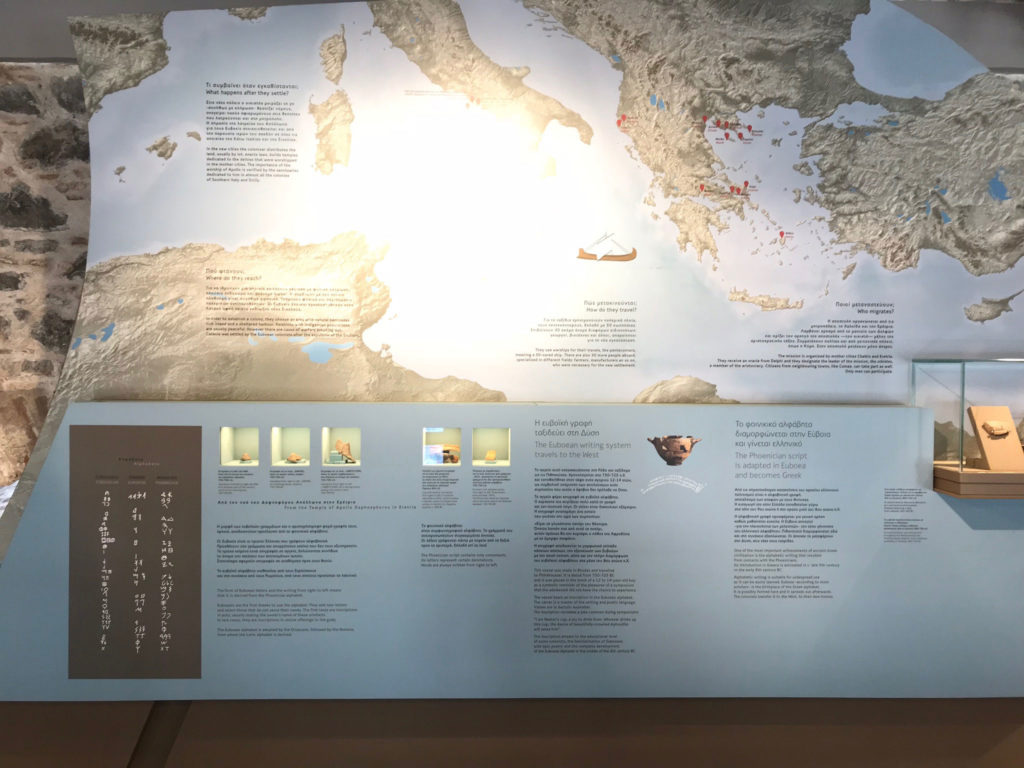 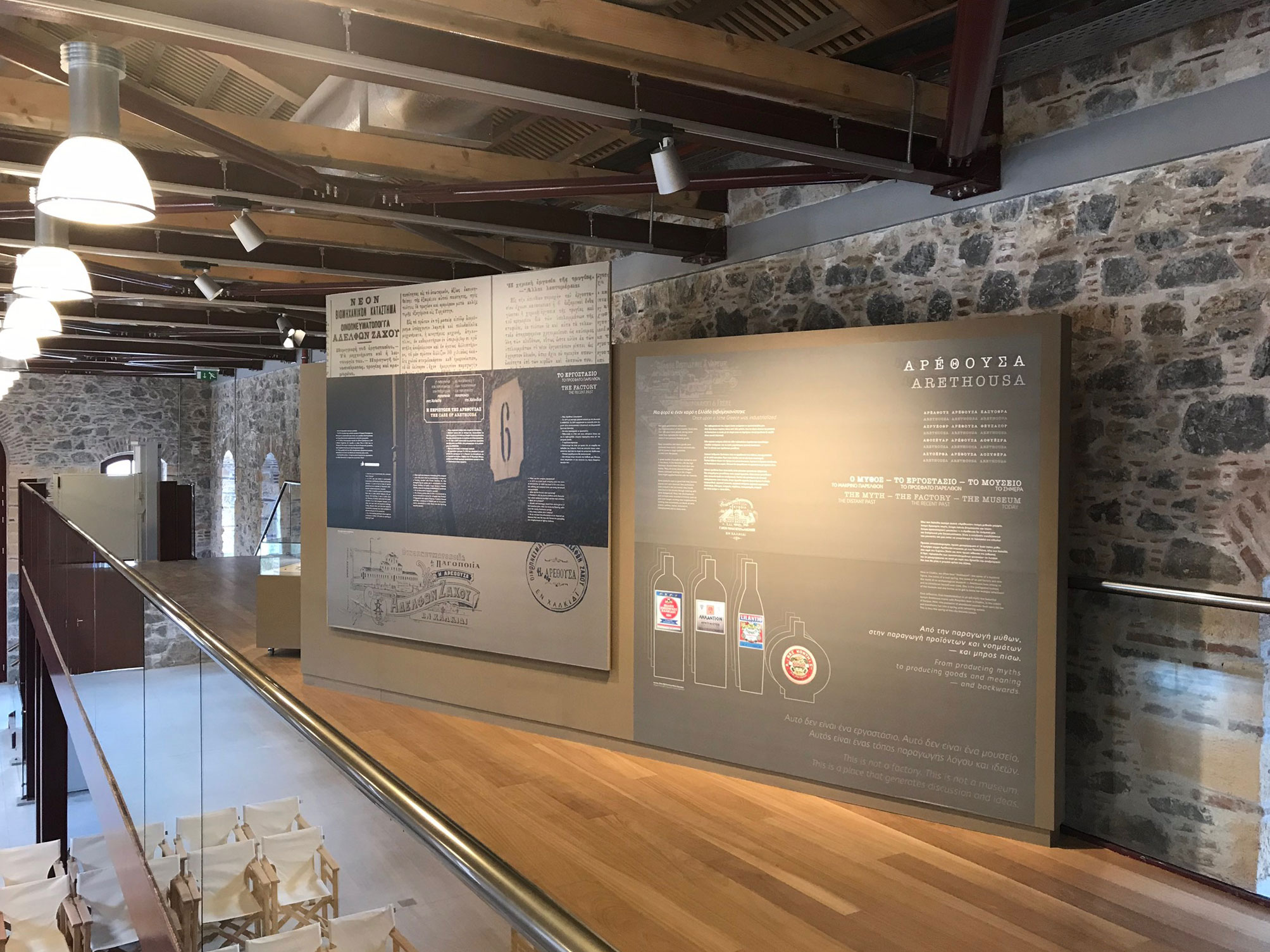 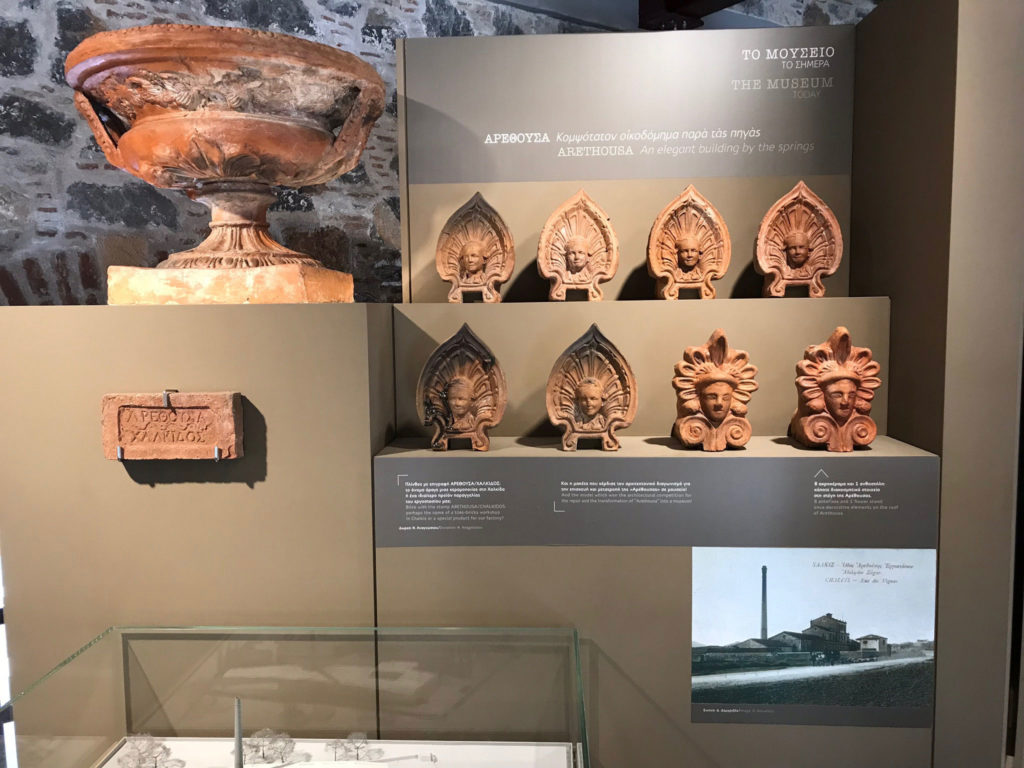 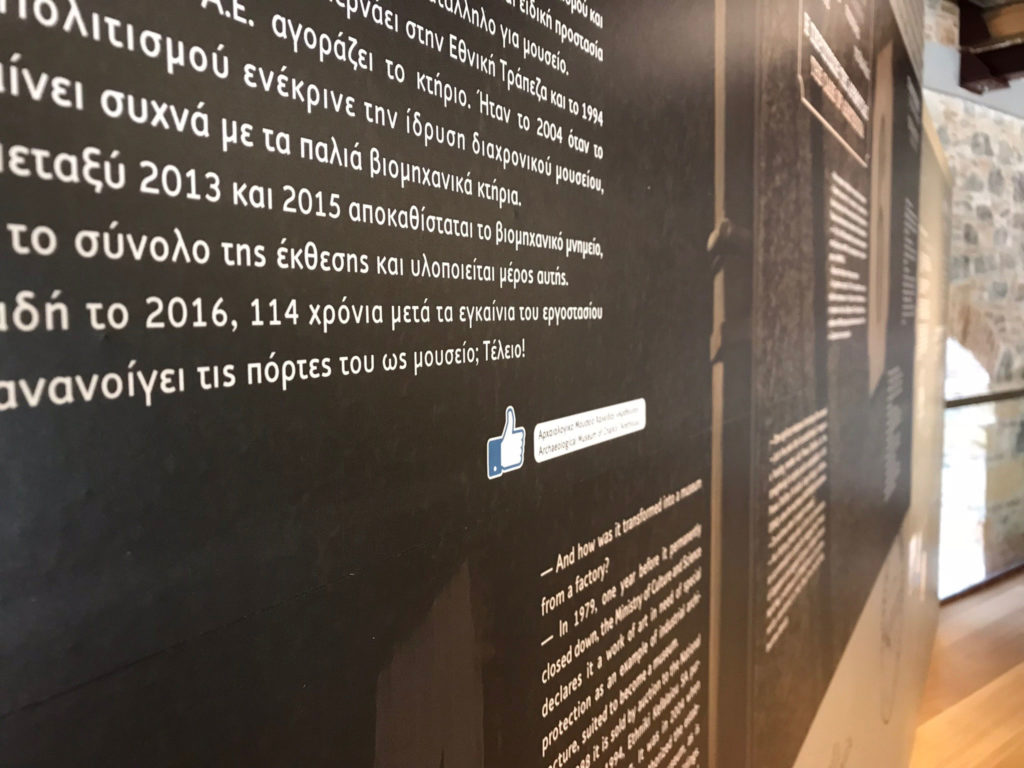 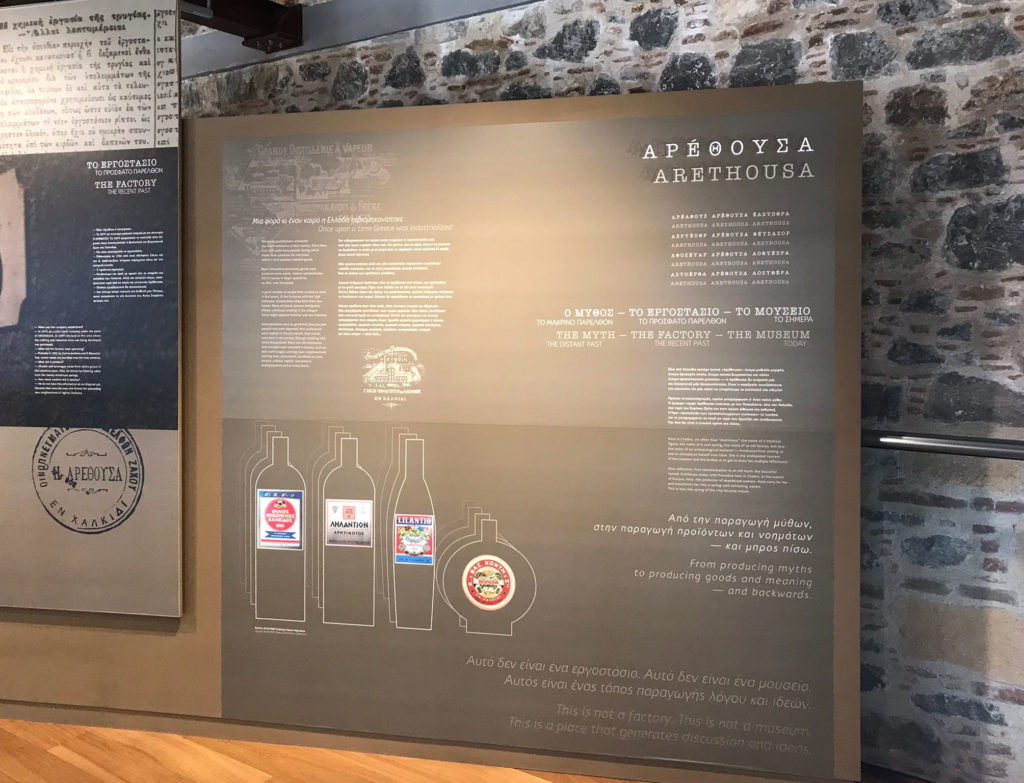